Digital diversity: what if there is no body?

Cyberpunk science-fiction pioneer, William Gibson, recently tweeted about the case of Projekt Melody, a YouTube and Twitch streamer who was sued for copyright infringement by a graphic designer, who apparently created her body.

Gibson quoted and linked an article on the online magazine The Verge, which specialises in technology and innovation topics, claiming that “technology had migrated from the far fringes of the culture to the absolute center”.

As the article says, Melody is part of a new wave of online streamers who only appear in their videos using 3D graphic models and graphically modified aspects instead of their true self. In her case, the appearance she chose and paid a designer for, comes from Japanese anime and manga comics. It’s a kind of extreme extension of the use of face filters for videos and photos, introduced by popular apps like Snapchat, to add features like cat ears or blinky eyebrows to your online images.

The case here concerned the fact that there probably wasn’t a contract clarifying in detail which kind of licensed use of the 3D graphic model of her body Melody was allowed to freely enact, and which uses would need additional licences – and so additional payments.

A few years ago, this could have been indeed a subject for a William Gibson science-fiction novel, given that the cyberpunk science-fiction style that he pioneered was the first popular space for reflecting and speculating about how technologies could affect our physical self.

Today, however, this is happening for real: the way bodies are or are not present in online environments calls for some specific analysis to understand how this could affect inclusion for good or bad, how diversity could or could not take advantage of it, and, in general, how this topic could affect youth work, either in the digital environment or in the real world.

We should consider that this is probably the biggest culture change arising from the switch to online environments: millions of people in the world are now experiencing human relationships without having their bodies present to each other. For the first time ever on such a large scale.

Reflecting on this topic may sound very innovative to some people, and it probably appears so from these recent outcomes, as with the case of Projekt Melody.

But theories and reflections about technology and bodies date back to the 80s of the last century at least, and contributed to creating the original internet culture, when the net was less of a marketplace and more of a space for exchanging knowledge and experiences with a radical and libertarian approach.

It is relevant that even if a lot of youth workers are only recently facing online issues and behaviours, all this has indeed been studied and analysed for years.

We as youth workers usually very much trust our empathy and intuition, but we should also study and read what has already been written about this new field of action of ours, at a time when most of us were not even considering what is now called digital youth work.

One of the voices worth mentioning from that period is that of Donna Haraway, who wrote her Cyborg manifesto in 1985, based on practices and reflections developed at the crossing between Feminist movements and the then-upcoming cyberpunk approach to technology.

Her work continued with other very interesting contributions, like for instance Why our bodies should end at skin? in 1990, where she was starting to imagine the possibility of connecting and representing bodies digitally, at a time when the web was still being invented.

We should also mention Sherry Turkle, and her Life on the Screen: Identity in the Age of the Internet, which was already asking a lot of very interesting questions about digital identity and diversity in 1995.

The list of books and studies could go on, but it is also useful to look for a different perspective: the world of visual art. Arts are always a useful way of understanding possible trends in the evolution of human tastes, values, issues.

So, it could be worth mentioning also that many artists have been working on the concept of presence/ absence of bodies in digital environments, in many art forms, including for instance the world-famous anime Akira (1988), made in Japan, one of the world’s first places of reflection on this topic.

One of the latest examples is LaTurbo Avedon; this is what you will find in the “About” section of the website: LaTurbo Avedon is an avatar and artist, working solely online. Their work emphasizes the practice of nonphysical identity and authorship.

Singular, plural, male, female, physical being or digital avatar: most of the binary ways to build and define identities in our culture, simply do not work here anymore, and the definition of intersectional seems suddenly to acquire a lot more meaning.

Art is also able to shape our future opinions and attitudes, so for instance the blockbuster movie Avatar (2010) could also be something worth discussing from this perspective. From the title, this movie is hinting at online and digital relationships.

It tells the story of a person who, having acquired a disability preventing him from fulfilling his military tasks of colonising a new planet, is connected digitally to a mechanical body, the avatar of the title.

This will not only allow him to interact with the world as before, but to be the bridge between humans and an alien civilisation, giving him the possibility of having a different identity, and of understanding that just for a change, humans got it all wrong and were messing up the new planet and destroying the delicate balance keeping it alive.

But then: what about the original body and identity of the person connected to the avatar? Did you ever consider if the conclusion of the movie was respectful of that dimension?

This should always remind us that a delicate balance is at play every time we deal with avatars and digital identities, and even more so if we deal with youngsters, whose identities are often still being defined.

Fast forward to our everyday tasks as youth workers: as we wrote already, we are getting used, even with some difficulties, to having human connections where bodies and their usual presence and interaction are no longer included, and we can face situations where online environments can help us eliminate some actual problems connected with the presence of bodies. For instance, aspects like gender or race may no longer be so relevant in a space where you can meet other people without their physical presence.

This could be a valuable resource to use when designing activities, to ensure wider inclusion of our participants. On the other hand, these aspects can be perceived as central in defining one’s self identity, so eliminating them has to be a well-considered choice.

In any case, when the only element of identity you can rely upon is the name appearing below a square where we can either see a face or more likely some blank box during an online video call, one could either desperately try to convince people to turn on their camera and show their face, or embrace this attitude and find a way to work with it.

As much as it seems a radical question to ask, we should learn to question ourselves more about why we would need to define identities through our activities, and to what extent connecting with one’s self-representation would add value to what we are offering young people.

We might learn that sometimes this is absolutely needed, to bring added value to the process, but some other times it is definitely not needed at all.

In any case, when out of this global pandemic, online activities will not be the only option available in our job, and so we should also consider that, at a certain point, it will happen that bodies will be present, and identities with them.

However, getting to know each other online first, without a direct connection to our bodies could, in some instances, help overcome distances and difficulties, factors potentially less likely to play a role in the group when in-person contact finally resumes.

In this regard, we should not talk about virtual exchanges in any way, as real youngsters will connect and interact in a real relationship, even if mediated by digital tools.
These real exchange experiences without the presence of bodies could then become a good way of creating connections amongst groups, who would then meet in person during an actual youth exchange involving actual mobility. And they may also continue as the only, or the best, way of enabling exchanges for some particular target groups, who may experience issues or difficulties by being included in mobilities and youth exchanges as we have known them so far.
Moreover, the whole concept of digital reputation, or the fact that online you can completely re-build your identity (up to stealing someone else’s, but this is obviously an extreme case) should be a topic addressed in our youth work activities, either on- or offline. Youth workers should be aware of the risks and opportunities arising from this.

Being a completely new experience, we should also be aware of the impact that a lack of bodies in online relationships could have, beginning with possible mental health issues. So-called zoom-fatigue, the difficulty of staying connected and meeting so many people online, has become a subject of neuropsychiatric studies, analysing the difficulty our brain has in adapting to this new kind of body-less relationship: the fact is that without the presence of bodies, through which a lot of communication occurs, like non-verbal communication, eye contact etc., a lot of that communication is lost from the relationship. 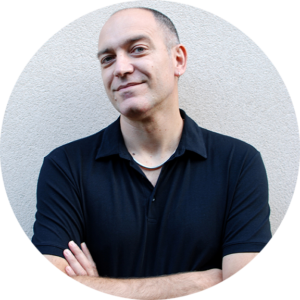 You can find me hangin' out at the crossing of liberal arts and digital technologies. That's my spot, where I enjoy working, learning and having fun using all kinds of human experiences.

Reproduction and use for non-commercial purposes are permitted provided the source www.SALTO-YOUTH.net/Inclusion/ is mentioned and inclusion@salto-youth.net is notified.